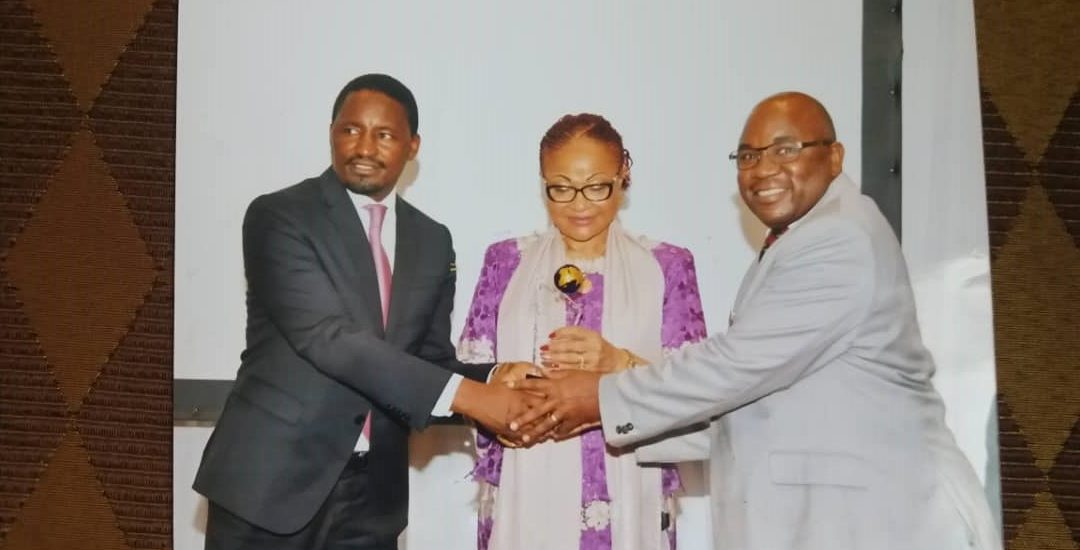 Makerere University College of Agricultural and Environmental Sciences; Assoc. Prof. Donald R. Kugonza on Wednesday 12 June, 2019 received a prestigious plaque as a recognition by the African Union for his contribution to work on Animal Genetic Resources over past 6 years.

The award was presented by Her Excellency Ambassador Madame Josefa Sacko, AU Commissioner for Rural Economy and Agriculture during the official launch of the State of the Farm Animal Genetic Resources (FAnGR) in Africa, in Nairobi, Kenya. The launch was attended by several key partners in African Livestock Development, including African Ministers, Senior Policy makers and other dignitaries under the theme “Africa’s Animal Genetic Resources – The Wealth Within”.

“I want to sincerely thank CAES and Makerere University for all the support”, Assoc. Prof. Kugonza said.