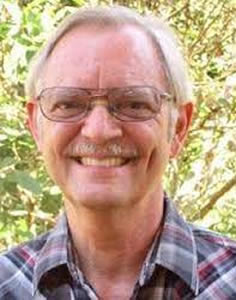 Besides teaching courses in graduate plant breeding, statistics and quantitative genetics, he greatly enjoys mentoring graduate students in these specialties and guiding them through the design and analysis of their academic research.

His experience has included breeding for improvements especially in sorghum, maize and soybeans, and has indirectly involved over 20 African food security crops through the graduate students whom he has guided over the last 14 years in Makerere’s regional post-graduate training program in plant breeding. Though his home country is USA, his career has involved 29 years of teaching and research in India, Costa Rica, Zambia, Ukraine, and Uganda.

At Southern Illinois University Prof. Gibson was an instructor, soybean breeder, and statistical advisor for 12 years. He maintains an adjunct associate professor position there.

His major professional interests involve: use of modernized methods in plant breeding, appropriate application of statistical data analysis in crop improvement, and quantitative genetic theory (especially regarding degeneration of the human genome through accumulation of slightly deleterious mutations).

He has authored /co-authored over 100 publications in peer-reviewed journals, has developed and released 2 varieties in maize (Zambia), and co-developed 3 soybean varieties and 5 registered germplasms (USA). He also has co-authored two molecular genetic patents.

Besides teaching, university research, and mentoring graduate students, one of Prof. Gibson’s special projects was as co-developer of Mendel’s Accountant, a biologically realistic computer population-genetics program that simulates accumulation of mutations over many generations. This work reinforces recent recognition that the human genome and other large, complex genomes are degenerating due to the accumulation of very slightly deleterious mutations, and thus losing biological and functional fitness at a significant rate per generation. *(See below)

He also has a keen interest in scientific evidences that indicate intelligent design in creation rather that the assertion that the universe and all life results from purposeless activity of matter and energy.

Prof. Gibson was born in Houston, Texas. He met his wife, Pauline, while he was conducting his PhD research in India (1978), and she was working in villages there as a nurse-midwife. They have lived most of their life together outside the US. They have 3 children, a daughter and twin sons. Prema is a social worker in Illinois (USA), seeking to maintain cohesion in disintegrating families. Nathan in Germany is a university researcher in digital humanities and Middle-Eastern languages, and Stephan is a veterinarian in East Asia. These have produced five grandchildren. Download CV below.